You are here: Home1 / Airports in Iran2 / Tabriz International Airport

Tabriz is located in the center of East Azarbaijan Province and is considered one of the most important cities in the country due to its economic and geographical conditions, and for this reason, Tabriz International Airport is one of the largest airports in northwest Iran, in addition to being located near the border and being on the air route of Asia, Europe and Asia. The center is considered one of the most important and effective communication bridges in the economic field due to its many trips.

Tabriz International Airport (Shaheed Madani) was established in 1329 with the mission of providing air services, scheduled and non-scheduled, educational and military flights for passengers, applicants and other national bodies and under the supervision of World Aviation Organization regulations in its current location.

For the first time in 1326, an office called Air Wireless started its activity in the city of Tabriz in a building known as Wireless at the end of the current Army Street, and in 1329, the name was changed from Air Wireless to Air Station, and a dirt runway was established at the current location of the airport. Was used. 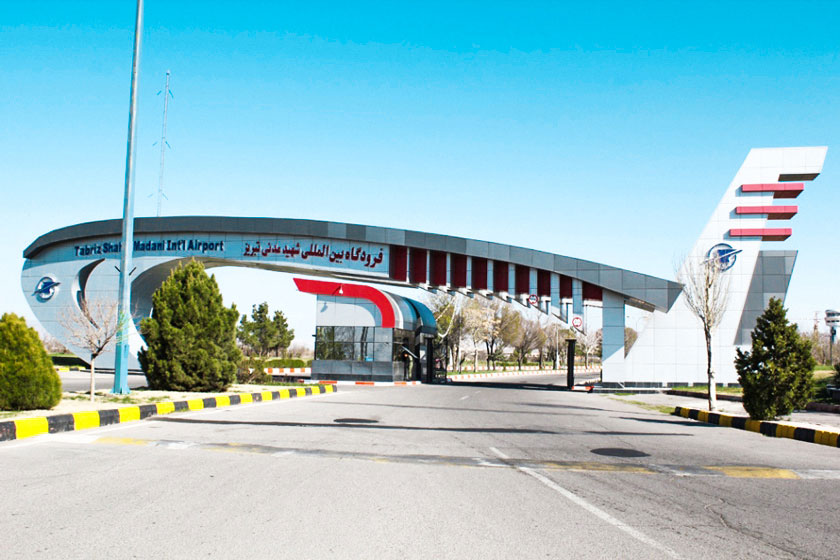 In 1335, with the installation of navigation devices in the area of ​​the airport and air station, the name was changed to Tabriz Airport, and in 1337, the operation of a 3-story building and a control tower on the fourth floor in the airport area began, and it was put into operation in 1338. And the air service between Tabriz and Tehran and vice versa with 2 weekly DC3 flights was opened by Iran National Airlines (Homa).

However, since 1356, the first foreign flights to Mecca were made from Tabriz airport, but it was in 1370 that Tabriz airport became truly international, and in 1378, this airport was introduced as one of the first-class airports in the country, which is now In addition to civilian flights, it also provides services to military flights.

Another important facility of Tabriz airport, besides airport services, shops, banking, parking, is the benefit of two domestic and foreign flight terminals.

Domestic flights to Tabriz International Airport are made from these airports:

Foreign flights from Tabriz airport or to its destination are carried out on the route of these airports and include: